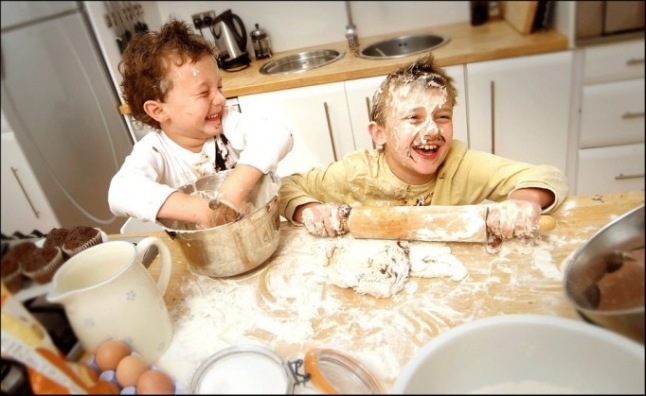 photo: http://www.evoke.ie
Have you ever heard of child-led play? When I first did, I thought I am doing this with my child every time we play! But now I know I am not. This week I attended parenting classes, run by Linsey McNelis, an accredited Play Therapist (www.playtherapygalway.com). It was interesting evening, with good bit of knowledge, completely non-judgemental atmosphere and ‘gentle’ exercises, which supported our reflection and practice of child-led play skills.
Some ideas really changed the way I think about my role in my children’s play and I’d like to share it here. It’s going to be quite prescriptive, as we were explicitly told how parents should behave and what should they say – adopting child-led play rules means following a particular scheme. For the certain amount of time you are setting the scene for child-led  play and within this time limit you are consciously trying to follow your child and follow the rules.
I can’t speak for other parents but for me it turned out that I am not doing child-led play ‘instinctively’ that is, when I spontaneously play with my child, I am doing things which direct my child in certain way and which are focused on learning rather than play itself. It comes naturally; I don’t feel it’s dominating the room, but I know it’s there.

Schedule it
So my first discovery of the workshop was that it is important for the child and for our relationship to make sure that in our interaction there is a space for child-led play. Instead of going to classes for toddlers, or some other structured (and paid) activity, you can do your own ‘classes’ at home and it will be the one which your child invented.
Child is in control
Second discovery is that once we are in this space, the child is behind the steering wheel and her imagination is the limit (within safety limits of course). So what I learnt is that in this particular moment child doesn’t learn anything from me. We are in the world where ‘anything can be anything’ and that includes 4+1 equals 13 and a toy figurine is having all the colours on her sweater mixed up and cat pretends to be a cow. It is all right for a child to make mistakes and it’s parent’s rule number one not to stepping in with corrections, lectures on animal classifications and classes from logic and morals. It can be difficult to just leave the things out of order and sabotaging grandma’s efforts to get the numbers right, but at this present moment it is more important that the child doesn’t feel assessed and criticised in any way.
There will be time for practicing the colours later and there will be time to get the maths right.

Praising children in new ways
Third discovery is about praising children (in general, not only during child-led play). I love praising my children and my language is full of positive adjectives like: good, beautiful, great, fantastic – they are all apply to my wonderful child in general. I think it is great that children hear a lot of applause from parents and I am sure it motivates them to ‘do well’. But what I was missing out was different ways to engage in positive feedback with the child. The one I learnt this week is using more descriptions and concrete comments about child’s actions and achievements. I am practising this for the past two days and it doesn’t come easily. Sometimes it sounds unnaturally and weird. But few times I did came up with replacement for ‘good girl’ which was adequate to the situation and went something like: ‘you helped me with all the dishes, even the heaviest! The dishwasher is all empty and ready to use again’. I was impressed with our co-operation in the kitchen and by describing my daughter’s input, I supported her in learning about her achievements from actual outcomes of her actions. This (as we hope) is going to influence her self-esteem and let her built it on more internal rather than external motives. And this is believed to be more solid base for confidence and strong Ego.

I am a trainer of personal skills and before a break for becoming stay at home mum I led many workshops during which I was presenting participants with some ideas of how to change the way they give feedback, set boundaries, deal with the stress. I am reminding myself, that the real learning starts ‘at home’, when people actually decide to try out and practise new ways. I am doing this now and waiting for a feedback from children involved.

Being a mother of a 10 month old girl, I pay attention to the messages dedicated to parents and I found myself surrounded by products, services and articles, which are suppose to boost children’s learning skills and creativity. I would say that creativity is on the top of the list of abilities which can be developed through interacting with toys, attending classes, playing specially designed games, and even – eating! I recently bought finger food, which apparently has a number of learning qualities, as the text on the bag stated. I pictured a baby, asking their parents who are looking for the signs of learning processes while the child is having a snack: ‘please, let me eat in peace.’

This obsessive attempt to influence and enhance babies’ experience introduces the pressure of competition in very early stage.
The holy Grail of our society is the underlying promise behind all the products and stream of information that as long as parents stick to the certain strategy, they will be able to develop their children in the ‘right direction’.

Lets focus here on the creativity at the early stage of children’s life. Parents want their children to be creative and they easily find the support in their quest of how to make them be more creative. I would argue that this is tackling the matter from the wrong angle and consequently, setting up wrong parental goals.

The most popular definition of creativity states, that this is the ability to generate novel outcomes that are valued in particular context. The playful way of explaining the subject is the ‘Laconic Definition of Creativity’, which focuses on the three types of spontaneous reactions for the creative outcome. These three are 1) Ah! 2) Aha!, and 3) Hahaha!, which stand for: enchantment, understanding and amusement. If we find ourselves experiencing those three reactions, that means, we are exposed to the creative outcome.

We can now recall any encounter with the toddler, playing freely with the world. Inventing words, games and jokes, making sense of the surrounding, discovering new things and giving them meaning – being endlessly imaginative. If we are just engaged with this kid, we can find ourselves with Ah! Aha! and Hahaha!, coming out of our mouth every second minute.

Creativity is the natural way of being for babies and toddlers. They engage with world creatively simply because they don’t know any other way. They don’t have schematic ways of thinking and cognitive paths which are adults’ shortcuts to solutions and quick answers. They make up the answer each time and they have fun doing it. They repeat their mile stone discoveries and they learn. The most spontaneous and obvious way of engaging with the world is play. And children’s free play is a pure creativity.

It can be inhibited though, by stress, emotional and psychological discomfort. This can have many different sources, child is affected by the difficult life events, as any other human being (even if is not able to fully comprehend the situation).
Melanie Klein, child psychoanalyst, discovered that stressed and troubled children played with toys in a very particular way, which was unimaginative, repetitive, and tense. When she named what was going on for a child (offered them her interpretation), the children came back to themselves and they were able to play more freely. We can assume what were the ‘curing’ factors, which allowed children to come back to their creative selves. It was an adult, being able to:
help them make sense of the difficult situation which affect them,
contain overwhelming emotions,
provide safety and trust.

I would draw an analogy between this difficult situation and parents’ goals in supporting children’s creativity. Parents’s objective is to provide comfort, safety, freedom and trust, which are basics for a spontaneous exploration of the world. Our task is also to help the children understanding their emotions and going through emotionally difficult times. This is how we can participate in our children’s development of creativity.

I therefore argue for changing perspective from trying to be an active agent, who provides children with tools for more efficient development, to being a good companion, ready to follow children in their creative endeavours and step in when it is needed.

I would like to make this point stronger by recalling one famous person, who was a genius student of creativity and wisely choose his teachers. Pablo Picasso was fascinated by children’s creativity and he learnt how to truly come back to this purely creative state of mind, which gets lost with time. He achieved a mastery in freeing his imagination from constrains and schemata, which force most of us to think, feel and see things in a right, acceptable by the majority way.
If we could reverse the situation and learn from children, rather then instantly attempting to teach them, both children and parents would benefit. Perhaps we resist this because we have an underlying fear, that as a side effect of creativity, we would become less conformist…. and that would force us to face ourselves in new ways…. Creativity is much sought after, but so is conformity! 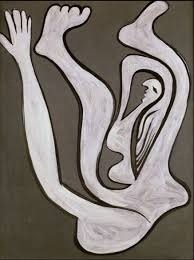