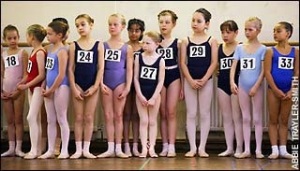 My cousin’s daughter Hania started primary school this year. In bundle with schooling experience came an enormous offer of additional classes. Considering Hania’s interests, time to dispose and financial situation her parents choose three after school activities. One day, when picking up Hania from school, Ewa was stopped by another mother and asked whether Hania is going to also attend robotics. When Ewa said no, explaining that Hania was spending too much time at school, the woman gave her a look of disapproval and said that there is no harm for a child to have a day filled with valuable activities.

All parents face such questions from school, alongside many other forms of social pressure.
One fear is that our child will feel excluded from the successful group of children, who are doing great in such and such subject. Another fear is we don’t want our children to miss out or become outsiders.

As parents we are also aware that our children speak for ourselves – if they don’t attend the classes, it raises questions among other parents and teachers: is it because they can’t afford it? is it because of neglect and ignorance? don’t they care about their child’s development? don’t they want to be part of our elite group?
These might be common experiences about the way other parents perceive our choices, especially in the era of parenting becoming the competitive and anxiety provoking venture. Our culture plays on parental insecurities instead of supporting confident and independent choices.

As Frank Furedi points out in his book Paranoid Parenting: ‘You can’t do too much for your kids’ – this sentence became an unquestionable rule, standing behind the pressure which parents put on themselves and each other. (This of course is a middle and upper class phenomena, which drives a huge gap between parents and schools from lower social class areas who for complex reasons don’t engage in this social pressure.)

But just because something becomes a social norm, doesn’t mean it’s true or more accurate than our own different judgement. The sad fact though still remains: far too often the social wins, even over reasonable arguments.

Social research on conformity
One of the most famous and well documented psychological experiments shows the power of conforming to the norm. In short, Solomon Ash (experiment first conducted in 1950′) was asking participants to complete a very simple ‘perceptive task’ – that is – they needed to asses the length of three stripes B, C, D and point the one which has the same length as stripe A. One stripe was obviously of the same length and the other two clearly differed. Apparently, in the presence of the group of people who were pointing at the wrong answer, most of participants answered against common sense, against what they saw and what they initially thought was right, conforming to the voice of majority.

This experiment gives us a clue about the nature of conformity to the social norm, but also reveals that social knowledge is not always about what’s true, valuable, really good, realistic, etc. and it ignores diversity; some children will thrive in competitive and busy cultures, others will not.

The other clue which adds emotional dimension to this cognitive distortion which happens between people is a term used by Frank Furedi to describe the social phenomenon standing behind extra classes, and other issues involving contemporary parenting. It’s hyper-parenting –
the conglomerate of anxiety, competitiveness and a desire to be a good parent, with our own needs to make a statement about ourselves through parenting role. This is a powerful emotional trigger to join the queue to gymnastic classes, to drag our children to extra maths and violin and spending money which we don’t have on activities which supposed to proof how good we are.

The obvious part which can be lost in all this madness is children’s well being. Is it really that good for them to have all the time occupied and no space for unsupervised play? It’s not only the voice of common sense but also of the specialists in childhood development: the best way to develop creativity and to learn social skills is play among peers and time free of any tasks – time which give children chance to feel bored and discover how to then manage it through imagination and creativity, to make some fun in an empty space.

There is more important source of making decisions about our children, than social pressure and this is a good faith and a sincerely asked question: what is the best for my child?

In the experiment with stripes, there was a small percentage of people who resisted social pressure. They were very confident people. It might be easy to figure out but in the parenting matter this is the key to the problem: trusting yourself and being confident in your judgement is the only way to resist and to reshape hyper-parenting culture into the direction which is good both for parents and children’s wellbeing. 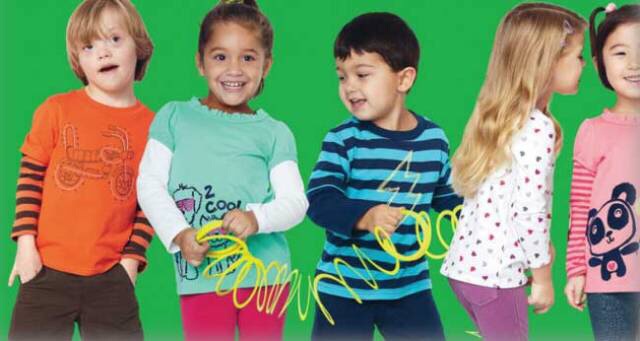 There are many tools provided for you to check and measure your baby. You can for example: ‘Create a growth chart to see how your child measures up against other children in height, weight, and head size.’

You can also buy an application for your smartphone, which gives you updates on milestones reached by your baby in certain age of her/his life.
You can use charts to compare and check your baby’s motor development, cognitive skills, emotional development, etc.
You can do those home-check ups for your little one and gain evidence to praise about or to worry about – pending on what pattern your baby develops on his/her path of progress.

Following your baby’s development with your own loving eyes seems to be not enough in today’s ‘scientified’ world of parenting. We need the hard science to prove everything is normal and well. We check the charts, hoping for above-the-average performance in at least some areas. We are encouraged to do so by the mainstream materials and tools designed to guide and educate parents.

But do we ask ourselves how this constant measuring and checking influence our children? We tend not to question the charted information itself, taking it as a source of knowledge written in stone. Let us not forget, today’s scientific fact is often tomorrows failed knowledge. Questioning can actually restore our confidence which is often undermined by all the specialised knowledge.

What is wrong with the chart

First of all, lets look closer at most of those charts, which are available online. They are showing average figures for children’s progress. If we would like to take any chart seriously, we would have to look at an age range of results and in doing so, we could also see how misleading the average number is. For example: The average age for a baby to reach the skill of walking up stairs with help is 16 months. But the range in which 90% of infants achieve this skill is 12-23 months! We won’t see those numbers in most of the charts, so if our baby walks up the stairs at the age of 22 months and we compare it with 16 months number, it will raise some concerns and actions, i.e. asking for a professional advice or search through internet again. Whereas there is nothing to be worry or disappointed about.

The word ‘disappointment’ tells us a lot about the nature of those numeric tests taken on our babies. The focus on falling into the category of ‘normal child’ reflects the underlying message we give to our children, which is: ‘I expect you to be good and normal’. Allowing for difference and diversity seems to be obliterated in a world of normalising expectations.

There is only one step from checking babies against the chart to labelling them. You won’t have to wait long, until you hear your own internal voice – maybe raised by anxiety – labelling your baby: slow, stubborn, fussy – referring to some of the charted dimensions. Labelling very often becomes self – fulfilling prophecy: kids who were not fussy at all, will become like that if they constantly hear this adjective from their parents. I recently heard very vivid example of this phenomena. The preoccupied mother was claiming that the baby at the age of 15 months is not able to walk. It was indeed a fact, that the baby didn’t walk when the mother was watching. She seemed very worried and even obsessed about this ‘issue’. One day, the mother and the baby were seen at the playground and the baby was walking freely when the mother wasn’t watching! We can imagine the intensity of emotions the baby was picking up from the mother and had to deal with.

Essentially, our babies don’t develop to please their parents, nor they have any influence on how they grow and progress. They are human beings living their lives and facing very intense developmental challenges on the way. This is natural that we are fascinated about their progress and we love seeing them taking the next and the next step. But we shall not reverse the order. Our baby as a person comes first, our appreciation and respect can follow.